The other day Phillip and I were sitting at a table outside one of our favorite coffee shops in Castroville, Texas. We were enjoying the cool morning before the heat of the day set in. Phillip is reading the Bible in one year along with a group from our church, and they were getting into Song of Solomon which was written by King Solomon during his reign. The Book could be interpreted as describing God’s love for Israel and His children, or it could be describing the love Solomon had for one particular woman. Either way, Song of Solomon is one of the most beautifully written Books of the Bible, and one of my favorites, so I asked Phillip to read it aloud.

Scarcely had I passed them
when I found the one my heart loves.
I held him and would not let him go…—Song of Solomon 3:4

Love is a gift God placed inside of us so that we could have just an inkling of how He feels about us. Love is an emotion that can be eye opening and confusing all at the same time.  The love between a man and a woman should try to mimic God’s love, but it’s an emotion we can’t fully understand. That’s because we are human and as much as we want to, we can’t grasp all that true love is, the kind of deep, unconditional love God feels for His children. Solomon tries really hard to grasp it though. He really pours out his love for this young maiden onto these pages with such beautiful, very descriptive and amazing words. He is in pursuit of her heart. Some believe Solomon wins her over, and others believe that in the end, the maiden flees back to her true love.

King Solomon: “How beautiful your tripping feet, O queenly maiden. Your rounded thighs are like jewels, the work of the most skilled of craftsmen. 2 Your navel is lovely as a goblet filled with wine. Your waist is like a heap of wheat set about with lilies. 3 Your two breasts are like two fawns, yes, lovely twins. 4 Your neck is stately as an ivory tower, your eyes as limpid pools in Heshbon by the gate of Bath-rabbim. Your nose is shapely like the tower of Lebanon overlooking Damascus.5 “As Mount Carmel crowns the mountains, so your hair is your crown. The king is held captive in your queenly tresses.—Song of Solomon 7:1-5

I have to wonder in this day and time if the descriptions of love in Song of Solomon are considered perverted in regards to the Male-Female Relationship. Last night a friend and I were discussing the MeToo Movement. I completely understand about what can happen to women in the workplace and even in their own homes. My mother was a single-mother for years and had unwanted advances placed upon her. As soon as she was divorced, men came flocking thinking that since she was divorced, that was an invitation. There were times she would have them banging on our door or calling constantly on the phone. Mama slept with a .410 shotgun beside her bed for that reason. Then when she had to go back to work, she had problems there with men. So, you see I get all of that. However, like all of these other movements we see, MeToo and the coinciding TimesUp, seem to be overstepping their bounds. Are we now raising young women, and for that matter young men, to believe that being a man, or manly is wrong? Are we raising the sexes to believe they are equal in every aspect of their being? What’s even scarier is are we deciding we should be an emotionless society because it is wrong for a man to pursue (in a godly manner) a woman? I heard a young woman recently who was a contestant in a beauty pageant proclaiming on stage, “In ten years men and women will be completely equal!” Even though my mother went through all that she did, she still made sure I knew what roles God gave to man and woman. Equal in partnership, but each with special roles to make that partnership and the human race as a whole, thrive. We should be cherishing those roles, not demanding they are changed. Man was made by God to provide, to protect, and he was made visual to pursue woman. Woman was made by God to be caregiver, comforter, and to be attractive to man for the pursuit. Now we want to interchange the roles even more and because we don’t like what God planned for the sexes individually, there is more confusion. During that same beauty pageant, a female commentator was constantly talking about how sexy the women looked on stage and then a few minutes later the contestant I mentioned above, was talking about “my body, my right.” Confusing to a man who God made to be visual, and confusing to me as a woman for that matter. Confusion is what Satan thrives on. Now he has perverted the relationships between men and women to make people believe that God’s way is wrong, or old fashioned. That women and men are to be “completely equal!”

The Girl: “Seal me in your heart with permanent betrothal, for love is strong as death, and jealousy is as cruel as Sheol. It flashes fire, the very flame of Jehovah. 7 Many waters cannot quench the flame of love, neither can the floods drown it. If a man tried to buy it with everything he owned, he couldn’t do it.”—Song of Solomon 8:6-7

The beautiful words in Song of Solomon can also be interpreted as God’s love for His children and His pursuit of us. He sees us as a thing of beauty and loves His most precious creation. Nothing can ever quench that love for us. He is jealous when we put other gods before Him. He is saddened when we disobey Him and we must face His consequences. He pursues us until we seal Him in our heart and love Him with all our might.  This is why He created us. This is THE role where we should be “completely equal” as men and women. Do we cherish a relationship with Him, or demand that He change? Are we changing in our walk with God to suit the world? Are our churches perverting God’s Word by changing it to please the ears? Is Man deciding he and God need to switch roles because it would be better for the world? People are becoming confused about what God wants because once again Satan wants us to question God and change to what we desire. People are pushing further away from God and an eternal life with Him. God is pursuing our hearts as Solomon pursued the maiden, but as the maiden flees back to her true love, there are people fleeing to what their true love is….. their love of this world.

We are God’s beloved and He desires us to have a relationship with Him through His Son, Jesus Christ. He wants us to allow Him to pursue us and have us as His own. He wants to be our Provider, our Protector, our Caregiver, our Comforter and His Son to be our Savior. The question is, will you as a man or as a woman allow Him to take that role in your life, or do you want to continue protesting against His pursuit? The MeToo Movement and the TimesUp Movement were created to supposedly empower women. God has His own EternalLifeMovement, and the difference between God and Man is that God wants us to be empowered by Him and His Will for us, not to empower ourselves. Thank goodness for His pursuit of me. The greatest, most beautiful, unconditional love that fills us with indescribable emotion is our relationship with God and His Son. Will you join me in it? 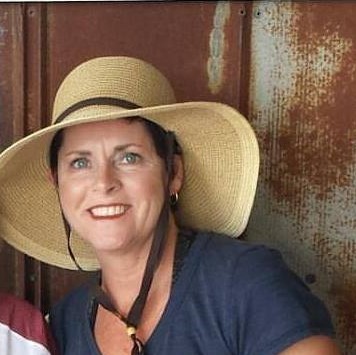